The Bede Griffiths Charitable Trust (BGCT) was formed in 2003 and registered as a charity in 2004. It supports projects in and around the Saccidananda Ashram (better known as Shantivanam) in Tamil Nadu, South India. The Trust was named after, and inspired by the life and work of, Alan Griffiths, an English scholar, monk and priest, who adopted the monastic name of Bede. He lived the last 25 years of his life at Shantivanam, dying there in 1993. He wrote several books and travelled the world, teaching.

BGCT helps by making grants to Indian charities in the area who run the nine projects the Trust has decided to support. BGCT concentrates on education, training, helping the elderly and the relief of need. It makes the most of its scarce resources by spending very little of them on support costs and governance, so that 99% of its income is available for grant-making. All of the administration and governance is carried out by its volunteer trustees.

all the projects the Trust supports 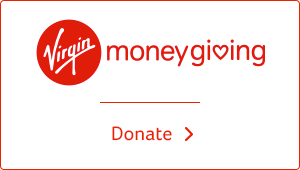 Click here to watch a video about the trust

The tuition centre at Veerambur

The day centre for the elderly

The Home for the elderly at Thannirpalli

The Adult Training Centre at Pattavarthi

A House for a family in Veerambur